Artificial Intelligence: DM of the Future?

Imagine playing a game in a world with infinite possibilities where your adventurers could endlessly explore and any action is possible? That’s essentially playing D&D with a human DM. But what if you wanted this experience without a DM, or rather, had an artificial intelligence take the role of DM? Game developer, Nick Walton, and his team have brought this possibility to life in their text-based role-playing game, AI Dungeon 2.

Still in development (but very much playable), AI Dungeon 2 harnesses the powerful GPT-2 algorithm created by OpenAI which uses a state-of-the-art text generation system to allow players to play a Choose Your Own Adventure style text adventure.

When OpenAI first announced their GPT-2 system they initially withheld the full release of the program out of fear it would be used to spread fake news, spam and disinformation.

Little did they know that their AI could be used to be an awesome DM.

Apparently no so hard for an AI

According to the developers, AI Dungeon 2 uses machine-learning to take player inputs to generate a contextually correct text adventure. Compared to previous versions where players were given a list of possible actions to choose from, the latest version does away with this and allows the player to enter any action. The AI will accept any verb-based command or line of dialogue you can imagine. The AI will then continue to generate a story based on that action.

Let’s use my adventure as an example. When you first boot up the program, you are given a choice of settings (fantasy, mystery, apocalyptic, zombies etc) and then a choice of classes.

For my play through I took on the persona of Sir Stabalot, a knight (I know I don’t get any points for name creativity). Sir Stabalot was given the task of freeing the town of Larion from a great black dragon who had been terrorising the villagers. After travelling through dragon forest, Sir Stabalot was befriended by a group known as the “Dragon Riders” who were sworn to protect the dragon. He managed to impress the group and managed to join them by performing a break dance, juggling a nearby pile of rocks and doing a back flip off a tree (the AI actually had the leader of the group say “Your dance has impressed us.”). After then travelling with the group to the dragon’s cave, Sir Stabalot stayed true to his name and stabbed the dragon in the chest, pulling out his heart and gifting it the leader of the group who according to the AI was “surprised that you could pull off such a feat”.

Personally I was surprised that all of this happened in the space of 10 minutes. It got pretty wild, I must say.

You can see what others have been getting up to over on twitter.

Others made love and not war:

From my experiences so far, the AI does a surprisingly good job of remembering your previous actions and the story so far. It also tries it’s best to slip in game hooks or lead you in with various events when it seems like your story is hitting a dead end. It is far from perfect though and still has many bugs but as a proof of concept, the experience is mind blowing (especially for tech nerds like myself).

While it is still a long way of replacing a human (don’t worry DMs your jobs are still safe for now), AI Dungeon 2 is still a remarkable demonstration of an AI’s ability to generate stories and a dramatic advancement in computer-generated interactive fiction. Plus, with its machine-learning ability it is only going to get better. So play now, FOR SCIENCE!

AI Dungeon 2 is available free for you to try HERE. 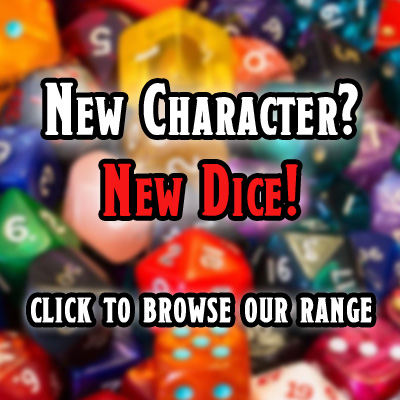 Join the Game Out Guild
Receive regular updates from us including our latest posts, tips and tricks as well as access to exclusive free content and prize giveaways!