Can You Attack While Grappling in D&D 5e?

Home/D&D/Player Guide/Can You Attack While Grappling in D&D 5e?
Previous Next

Can You Attack While Grappling in D&D 5e?

There are many things you can do during a game of Dungeons & Dragons 5e when it comes to your turn. One of these things includes grappling with an enemy or other target. Grappling is a very useful action in a game of D&D, and a lot of players rely on it to successfully fight and beat an enemy.

However, the rules surrounding grappling are often confusing for many players, and as a result, some may avoid it and stick to the ‘simpler’ rules to grasp.

We have compiled a series of popular queries about grappling during a game of D&D 5e, including whether or not you can attack while grappling, so read on to find out more!

What Is Grappling In Dungeons & Dragons 5e?

If you are playing as a martial character during your game of D&D, then you will be able to grapple. Grappling is extremely useful if you find yourself in a situation where you are not able to attack or attacking an enemy is not the best idea.

Grappling is a type of melee attack that stops another character from moving. Your character grapples with one hand. Instead of attacking and dealing damage to an enemy, you can hold them in place for that turn. Grappling replaces the normal attack action you would take during your turn.

However, you should note that you will not get any bonus points from grappling. This is because you do not get an advantage for partaking in a grapple. 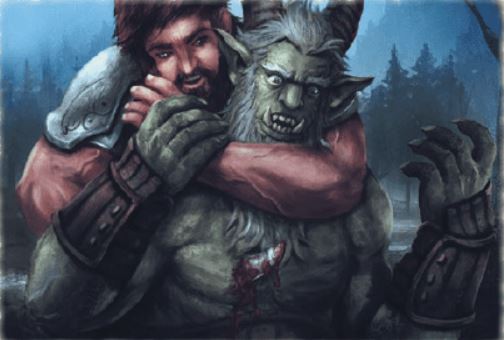 What Are The Grappling Rules In Dungeons & Dragons 5e?

There are certain rules that come with grappling in D&D 5e. If you want to grapple an enemy, then they cannot be over one size bigger than your character. They must also be within reach of your character.

It is very easy to grapple. All you need to do is check your Strength (Athletics) against either your target’s Dexterity (Acrobatics) or their own Strength (Athletics.) The target can choose what ability to use against yours, which is important to remember when it comes to grappling.

If you succeed in grappling the enemy, then you can release them whenever you like, but be aware they can escape a grapple if the correct conditions are met. If you find yourself stuck in a grapple and need to escape, then you should take an Action to do so.

If you have an enemy stuck in a grapple and want to move around, then you can choose between carrying or dragging them with you. Please be aware that if you do this, then your speed will be halved. The only way your speed does not decrease is if the enemy you’re grappling with is at least two sizes smaller than your character.

It is helpful when grappling to remember these three key rules:

How To Grapple In Dungeons & Dragons 5e?

To perform a grapple as an attack Action in a game of D&D 5e, then you should follow the following steps:

What Can You Do While Grappling In Dungeons & Dragons 5e?

There are many things you can do while grappling in Dungeons & Dragons 5e! It is a common assumption of the Dungeon Master and other players to assume that your actions and movement will be restricted if you engage in grappling, but this is far from the truth.

Even though you have reserved one hand for grappling, you can still do the following things: 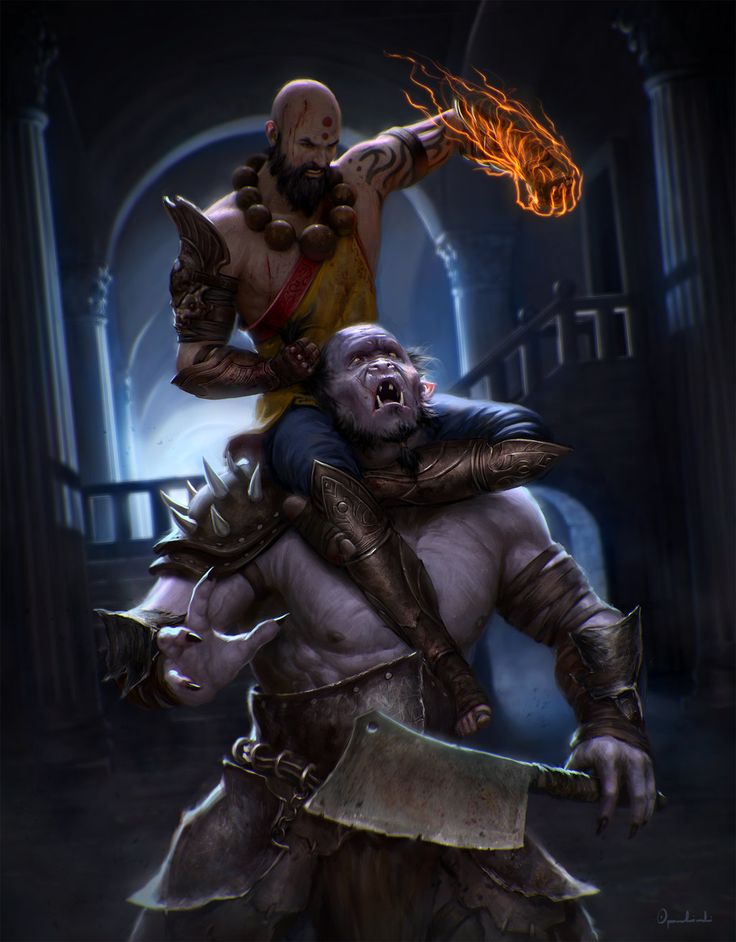 So, it is in fact possible to attack while grappling in a game of Dungeons & Dragons 5e! This is because it only takes one hand to grapple, so you have another free to perform attack rolls.

Additionally, in the fifth edition of D&D there are no consequences or drawbacks to grappling or being stuck in the grappled condition. So, feel free to attack during your next turn and see how it affects the game!

Casting A Spell While Grappling In Dungeons & Dragons 5e

This is because many spells in Dungeons & Dragons 5e require the Somatic component. The Somatic component is the requirement of a free hand to cast a spell because the spell must be performed with a detailed set of gestures, or strong force that would require a hand.

What Other Things Can You Do While Grappling In Dungeons & Dragons 5e?

You can pretty much do anything, within reason, while grappling in the fifth edition of Dungeons & Dragons. There are not many restrictions, so you can still pull a lever, pick up objects, call an ally to you, and do anything you can think of. Of course, do not forget that you may need permission from the DM.

Grappling is a melee attack you can perform instead of the typical attack Action to stop an enemy or other target from moving. To perform a grapple, you must first roll a Strength (Athletics), while your target rolls either a Dexterity (Acrobatics) or their own Strength (Athletics.) If your roll is higher than theirs, then you can put them in the grappled condition.

The good news is that while you have an enemy under the grappled condition, you can still do many things such as moving, casting a spell, and attacking! Your movement will be restricted to half speed unless you have grappled an enemy that is two sizes smaller than your character.

However, neither casting a spell nor attacking your enemy will be affected by grappling, contrary to popular belief. You can attack in D&D 5e because grappling only requires one hand, so you still have another hand free to perform an attack roll.
In even better news, there are no consequences or drawbacks to attacking, so you can do this freely without fear!