Can You Play D&D With 2 Players?

Can You Play D&D With 2 Players?

D&D is an incredible, social game, but one of the main problems with it lies in its very nature. How can you get a campaign going if you don’t have lots of people to play with?

If you find yourself dying to play D&D, but without a big group of friends ready to play, it might seem impossible to get into this fantastic and imaginative hobby.

But let’s say you have 1 friend who has the same interests as you, who also wants to experience the roleplaying game that has for decades captivated and inspired the imaginations of so many.

Is there a way for the two of you to play together? If you find yourself asking this question, don’t worry – you’re not the first!

In the guide below we’re going to go in-depth with everything you’ll need to know about 2 person campaigns.

We’re going to tell you about some other players who have made this work, as well as some of the difficulties you might find yourself running into .

But before we do that, let’s start by talking about what exactly makes up a good 2 player campaign.

How A Traditional D&D Campaign Works

Before we explore the possibilities of a 2 player D&D campaign, let’s first take a look at how a more conventional campaign is run, so that we can see what difficulties you might run into.

Let’s say we have 4 players and 1 dungeon master.

This means that the party in game is going to consist of 4 characters, and the DM will be playing from outside the world, looking down at your characters and creating a story to guide you through.

If we take one character away then we’re down to 1 DM and 3 characters in the party, which seems fine enough.

Same again if we subtract another character, where we’re left with 2 characters and 1 DM.

A 2 person party still works fairly well, but when you subtract a final character you’re down to just one DM and one character.

So you can see how a 2 person campaign might be difficult to navigate, especially when D&D requires one person to be a Dungeon Master.

However, despite this, there are ways to run a two-player campaign, it’s just a little different and more difficult to get going.

How Does A Duet Campaign Work?

Duet campaigns are actually a lot more common than you might think, and there are a few different ways in which you can run them.

We’re going to explore each option down below, with a few tips on how you’ll be able to make the set-ups work for you.

DM And The Story Of 1 Character

This scenario involves the traditional D&D scenario, but without any other party members.

This kind of campaign usually results in a story revolving around one character, and a tight player-DM relationship.

In this case, the DM would be controlling all aspects of the story, including monsters, world-building, combat and progression, while the singular player’s only focus is on the character they’re controlling.

This scenario has some big benefits – namely that the two of you are able to create a short, character-focused story that can end up really rewarding and expansive.

Without additional party members to make extreme decisions, you’ll be able to make something more succinct and comprehensive, especially if both the DM and the player have similar ideas regarding characters and the world in which you’re playing in.

However, this scenario can also be difficult as it can feel a bit more like you’re playing against one another, especially within combat situations.

Having a party to band together against whatever the DM has to throw at you is one thing, but being on your own is quite another.

Generally, we would suggest that you try this kind of campaign if you and the partner of your duet are both on the same page and looking to have a great time playing D&D together.

“DMPC” is a term that some D&D players use to stand in for Dungeon Master Player Character. This refers to a scenario in which the Dungeon Master also has a player character.

This can work within a duet campaign but it is much more difficult as one player will have to switch between playing a character and DMing. This can be difficult for them for two reasons:

Firstly, because having to manage a character, as well as all of the extra DM stuff, can be very time-consuming and even overwhelming.

And secondly, because often a DM and a Player Character are at direct odds when it comes to combat. It’s really hard to control monsters and a character and to make it fair for your other player.

You can mostly get around this by randomizing the actions of monsters and NPC (Non-Player Characters), and making sure you’re being a very fair DM – but this can be hard to navigate.

Generally, this second option is very difficult to make work and we wouldn’t suggest it unless you are both very experienced with D&D, or else if you find some inventive way to make this strange dynamic work within the story of your campaign. 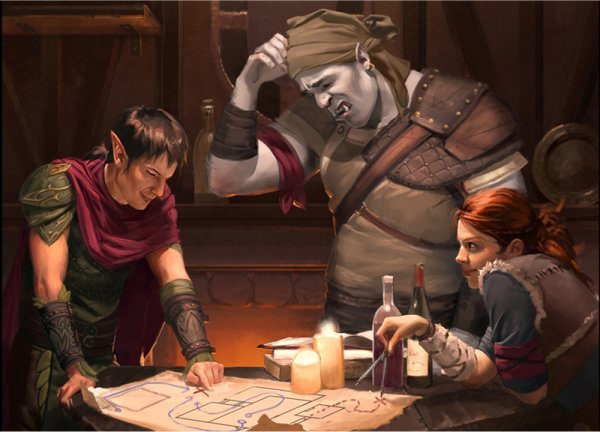 What Do You Miss Out On In D&D With Just One PC?

There are a few things that you miss out on when you play D&D with just one player.

Playing D&D with just a single player means that you don’t have anyone to help you solve problems.

If you want to run an adventure where someone needs to go somewhere, or if you need to figure out how to beat a monster, then you won’t have anyone to ask.

It’s not necessarily bad, but it does mean that you might have to do some research to figure out what you should do next.

This could be fun, but it can also be frustrating and time-consuming.

If you’re planning on running a game with just one person, you may want to consider adding a few NPCs into the mix so that they can provide assistance during these moments.

You will miss out a little as a DM, because you won’t have a classic band of murder-hobos to deal with.

Whilst there are benefits to only having one PC to weave a story for, some of the most hilarious aspects of D&D will be lost without a larger party to deal with. 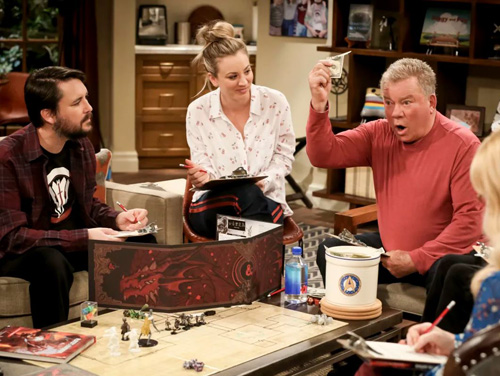 What Benefits Does A Duet Campaign Give You?

The Story Is Yours To Tell

When you play D&D, you’re creating a narrative about yourself and your friends. When you play alone, there’s no one else to tell the story to.

Sure, you can write down notes on scraps of paper, but you’re still telling the story to yourself.

This is why solo campaigns can sometimes seem a little empty. There’s nothing to connect you to the world and the people around you.

One of the most enjoyable parts of D&D is roleplaying. But when you only have one player, you’ll likely spend less time roleplaying than you would if you had multiple players.

So there you have it! Duet campaigns are real and they are totally possible.

Whether or not you give them a go, or if they are successful, depends entirely on who you’re playing with and how well you click as DM and player.

We hope that this article has told you everything you’ll need to know about D&D campaigns with only 2 players, and that you’re now a lot more confident about the whole thing.

If you would like some further reading, check our short FAQ section below.

What Is The Maximum Number Of Party Members In D&D?

The maximum number of party members in D&D is 10. However, you can usually expect to see 4-6 PCs at any given time, depending on the setting.

How Long Should My D&D Session Last?

A typical session lasts between 1 and 3 hours. It really depends on the group, their experience level, and how much they enjoy themselves.

Is D&D Easy To Learn?

Yes! As long as you’ve got a basic understanding of rules and mechanics, you shouldn’t have too many issues learning D&D.