How Does Point Buy Work In D&D 5e?

How Does Point Buy Work In D&D 5e?

The point buy system in D&D is a method that assigns ability scores to a character during the creation process in D&D 5e.

If you’re interested in totally customizing your character and class, the point buy system is a great way to allow you to build your character in any way you want.

This article will help you to build any class you want by giving you some rules and tips using the point buy in D&D 5e.

What Is The Point Buy System in 5e?

The point buy is a system that allows you to assign ability scores to a character during the creation process, where you’ll get a set amount of points which you can use to essentially ‘buy’ any ability scores that you wish.

Once you’ve spent all your points, you’re unable to ‘buy’ anymore ability scores, so choose them carefully.

How To Use Point Buy

Examples Of How To Use Point Buy

The point buy system can get a little confusing, so we’ll outline some examples here to give you a better understanding.

To break it down, point buy allows you complete freedom on however you wish to customize your character’s stats, which means you either wish to maximize important stats at the expense of inessential ones or assigning stats to add personality and flavor to your character.

So in this example we’re creating a Barbarian. You could essentially spend all of your 27 points maxing your character’s physical prowess by buying three 15s for Strength, Dexterity and Constitution, but in doing so, you allow their mental stats to remain at all 8s.

On the other hand, you could go for a more balanced character who doesn’t follow the typical ‘all brawn, no brains’ sort of Barbarian.

With the point buy you could buy the physical stats that allow your character to be effective in battle, but also give them different stats that are typically ignored by other Barbarian builds.

Or, if you don’t have a specific character build in mind at all and just want an even spread of ability scores, then you can just go for the standard array method. 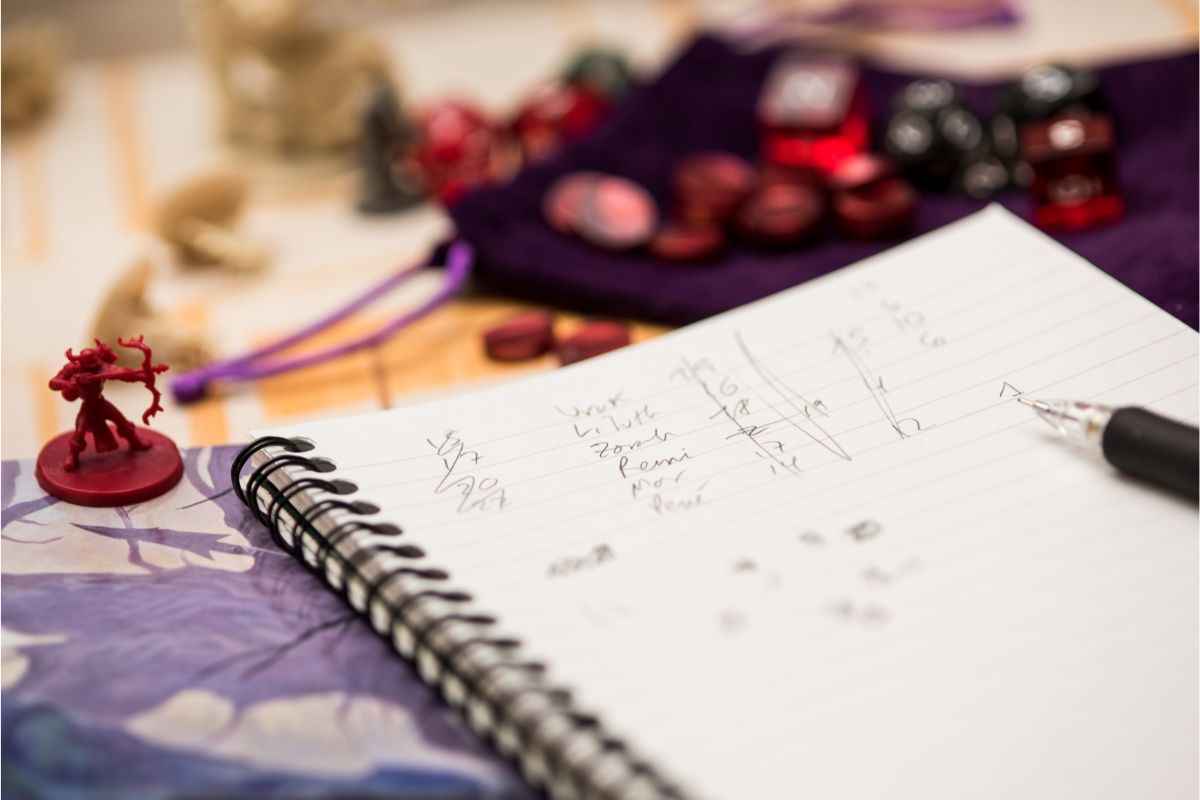 Of course, there’s no ‘best build’ for a class with point buy, since it all depends on individual wants and needs, but we’ll outline some examples you can use to create your ideal character.

A Warlock is a magic class and will use the Charisma ability to determine the accuracy of their spells and the power of their spells, so you’ll want to make sure Charisma has the highest score to give you a higher spellcasting ability.

You should consider saving throws proficiencies, which represent the challenges that your class is equipped to deal with, which can allow you to see which ability scores you should prioritize.

So, a Warlock’s saving throws proficiencies are in Wisdom and Charisma, they have strong will, clear thinking and are socially savvy, but not suggestible.

With a boost in those ability scores, the Warlock can start to do things like withstand intimidation and spot liars.

If you want to worry less about death saves and play much more, before maxing out your favorite stat consider hit points and armor class first.

Putting some of your points into Constitution allows your Warlock to have a robust starting HP, so they don’t die instantly as soon as they face a Goblin shanking, and the Constitution bonus will allow your HP to keep improving at every level.

If you don’t want to get hit at all, Dexterity is a good choice too. A solid Dexterity score boosts your AC so that your character can dodge attacks whilst firing spells or swinging swords, and as we all know, the best offense is a good defense.

Racial bonuses can make a decent score much better or even pad out any low scores. Most races have two abilities that have built in +1 and +2 bonuses for.

For example, Tieflings get a +1 to Intelligence and a +2 to Charisma, so you may be able to save a few points when buying for those abilities.

So, if you buy your Warlock a Charisma of 14 and spend 7 points doing this instead of 15 and spending 9 points, the total Charisma score ends up at 16 because of the infernal heritage of the Warlock.

Experienced players will almost prefer the point buy system for the reason that it’s the most customizable stat generation method. You can create the character that you want with a lot less rules. Here are just a few pros:

For a lot of people, the biggest issue with point buy is the additional rules that come along with it, like D&D doesn’t have enough rules for new players to read through!

Point buy doesn’t rack your brain too much, but with the sheer amount of rules you already need to read, sometimes it’s easier to just choose a completely different and easier stat generation method.

Make sure to keep in mind that using a digital stat generator can ease the pressure of your brain much more and asking a knowledgeable friend helps a lot too! Here are just a few cons: