How Long Do Elves Live in D&D?

Home/D&D/Player Guide/How Long Do Elves Live in D&D?
Previous Next

How Long Do Elves Live in D&D?

Do you remember playing Dungeons & Dragons (D&D) back in the day? If you don’t, then you should definitely check out the game today. D&D has become a global phenomenon, with millions of players around the world.

D&D was created by Gary Gygax and Dave Arneson in 1974. The game is played using dice rolls and character statistics, which has gained a mass following over the years. Players take turns rolling the dice and moving their characters through a fantasy setting.

One of the great things about D&D is the idea of creating your own character. In terms of backstory, these characters are only beholden to a couple of restrictions, that being the setting, their class, and the character’s race.

The first two are obvious in their effect. The setting is related to whichever time period you are playing in, and the class dictates your character’s skills, however the last one – race – leaves a lot of different questions.

One is does age affect your character, and if so in what way? We can predict how it would impact humans, but for more mythical creatures, such as Elves, does it influence them as well?

Today, we will explore age in relation to D&D elves, how it impacts characters, and just how long elves live.

What Is An Elf?

Elves are one of several races that you can play in D&D, and have been a staple race of fantasy and folklore for as long as humans have wandered into forests and felt that they were not alone.

Originally, they were only a part of Germanic folklore, but as the people who spoke any Germanic language expanded – German, Norse, Swedish, English, Dutch, Danish, and so on – the legend of these groups of people grew.

In most cases, Elves are portrayed as tall and graceful humanoids. They are often impossibly slender, have long pointy ears, and are most commonly considered more beautiful than humans themselves in most stories about them.

In 5th Edition D&D, they are lighter than humans and their graceful movements translate to better statistics in dexterity (going up by 2 to whatever you roll). They also have Darkvision, have proficiency in perception rolls, and their long rest only lasts for 4 hours instead of the usual 8 hours.

Other race specific statistics exist beyond these, but these are the main ones. 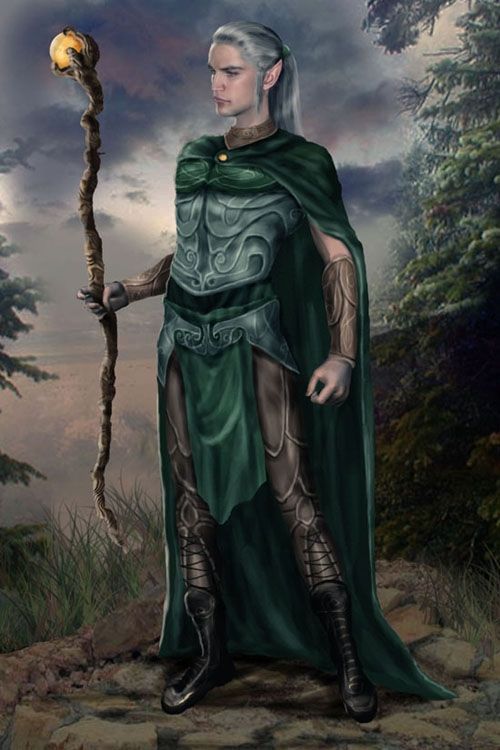 Are There Other Kinds Of Elves In D&D?

Of the non-human races, Elves are probably the most abundant and dominant of them all. In the many worlds of D&D, this makes sense. Elves tend to exist in areas that humans cannot or have no inclination to reach, and have thus become the dominant race of those areas.

These include continents across dangerous oceans, deep underground, and even in entirely different planes of existence. The sheer difference in environment and need for adaptation has led these elves to have very different views and customs from one another.

There are technically two races: the High Elves and the Elves. The High Elves are the most common found in the player’s universe (be that Faerûn or elsewhere in the D&D mythos) and they are split into three types: Sun Elves, Moon Elves, and Star Elves.

Every other elf variety is rarer and more specialized in their environmental and societal adaptations to their homes. These are: Wood Elves, Wild Elves, Drow, Aquatic Elves, Avariel, and Lythari. Apart from these types, there are also varieties of half-elf that are the offspring of an elf parent and a parent from another race.

How Long Do Elves Live

In most mythology, elves can live for an extremely long time, and this is true for D&D also. The average Elven lifespan is around 750 years old, which makes them the oldest playable race in D&D. While other creatures such as Aboleths and Dragons are almost immortal, it is still impressive that one of the player races can live so long.

Among the Elves, there are many important individuals who have reached over a thousand years of age, some by magic, some by sheer luck and determination. If you wanted to create an interesting campaign, where decades or hundreds of years pass between sessions, but the characters stay the same, the Elves are the way to go.

How Long Do Other Races Live

The Elven race is the oldest living player race in the game of Dungeons and Dragons, but they are by no means the only race.

There are nine standard player races in D&D: Humans, Elves, Half-elves, Dwarves, Gnomes, Halflings, Dragonborn, Tiefling, and Half-orc. There are many more races that people can potentially play as, from supplements and Homebrew games, but these are the standard.

After the 200-year mark, the numbers change drastically. Dwarves are next living up to 350 years of age, more than 3 times a human’s natural lifespan. Finally, we have Gnomes and Elves. While Gnomes don’t live as long as Elves, in the grand scheme of lifespan, it is still really close. Gnomes live up to 500 years of age, which is only 250 years behind that of Elves. 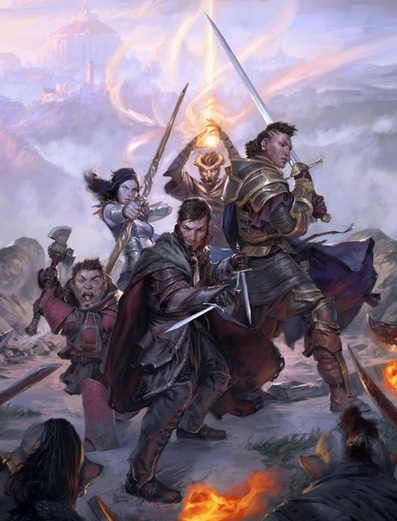 How Does Age Affect Gameplay

There are no direct or indirect rules around aging in D&D, except if a character dies of old age, as they would be dead. However, this doesn’t mean we cannot have fun with the concept of aging.

D&D, at the end of the day, is a story that you and your DM are making. Your DM enforces the rules set out by the handbook and creates some of their own, while helping you navigate the world they are running. You, as a player, seek as many ways as possible to circumvent or best those rules, while also winning the day.

Age can come into play, as we have seen it done many times in the past. A creature that feeds on your soul could prematurely age you, or you could sacrifice some of your life force for a greater good, any of these events can happen. If they do, you can introduce some rules to your character that are affected by aging.

For example, a player character could gain wisdom by losing the hotheadedness of youth, while simultaneously losing strength from developing an aging body. The game is yours and the story is also yours to chop and change as you desire, with the consent of your gaming group, that is.

Is A Great Age Good Or Bad?

Really, it is up to you. You can make aging a key plot point that influences the story, a terrible burden on the players, or a lighthearted, stupid price for a stupid mistake in a murder hobo campaign. An instance of how age altered a game in the past is in a desert campaign that we heard about.

In this campaign, a player was playing an idiot but charismatic character who aged after putting their hand on a cursed object. Because the character aged, their body became frail.

However, the Dungeon Master determined that because wisdom only comes with experience and the character had not experienced anything by aging, they gained no benefits. This could have been a bit cruel for another player, but the DM and the player were well acquainted, and the player thought it was hilarious.

So, making age good, bad, or important is up to you and your player characters, but be sure to know what they would be happy with before potentially destroying a player character they hold.

How Does Age Affect My Elf’s Backstory

It can impact it however you want, as long as you perceive age as an accumulation of experience of the world and incorporate it in as such.

In Sun Elvish backstories, this is normally done by making them haughty and arrogant. They have seen much of the world and have lived through more than any human, so they tend to view others as beneath them, despite other’s accomplishments or heroics.

Maybe your character could be burdened by their experiences and just tired of everything around them. Alternatively, you could take the Gnomish approach to being a long-lived race.

They live simple lives and often for simple pleasures. Gnomes do not worry about the burdens of the world, for they know that the world will keep turning without them, and so devote themselves to a fun, happy life with their friends and family.

If you make age a tenant of your backstory, figure out why it is a tenant. Why is age important in this story? How does it affect your character?

Elves are the longest lived playable race in D&D, and their maximum lifespan can be up to 750 years of age. Although age doesn’t have to be a central facet of your character’s personality, it can be useful to use as a formation for the way they are or for reasoning out why your character would know something.