Home/D&D/Player Guide/How Long Is A Short Rest In D&D 5E?
Previous Next

When it comes to playing Dungeons and Dragons, it can be really easy to forget about letting your character rest. They spend nearly every hour of their day exploring, interacting with other characters and sometimes even partaking in some serious fighting.

After all that, they need some downtime. Healing is not enough – realistically they need some time to rest their muscles, minds, and spirits , so they can get back up on their feet later and the adventure can still continue.

So – What Should You Do?

Well, there are two types of resting periods in D&D 5th edition: a short rest, and a long rest. Let’s take a look at the differences between the two and how you can use them to your advantage.

What Is A Short Rest?

A short rest is what it says on the tin – it allows your characters to have a short period of downtime to relax and take care of themselves. They can eat, sleep, drink, tend wounds and enjoy some hobbies as a way to just kick back and focus on themselves. They can perform light activities but nothing strenuous – after all, this is supposed to be a rest.

According to 5th edition rules, this downtime has to be at least one hour long.

At the end of a short rest, a character can spend one or more Hit Dice to roll (up to the character’s maximum) and add the character’s Constitution modifier to it. The character will regain the hit points equal to the total, then the player can decide to spend an additional Hit Die after each roll.

However, the player does not regain some spent Hit Dice once they finish resting.

What Is The Difference Between A Short Rest And A Long Rest?

In game, the difference between a long rest and short rest is pretty self-explanatory. A long rest is way longer than a short rest , and it allows the characters to properly rest and recover from a long day.

During a long rest, characters can sleep for a longer period of time as well as eat, relax, heal wounds and even stand watch (however, standing watch cannot last more than 2 hours per character).

This is because while a short rest has a minimum time period of one hour, a long rest is at least eight hours long.

During this period, characters must sleep for at least six hours unless they are Elves as Elves only require four hours of meditation to claim the same rewards and benefits of a long rest. Characters can only perform 2 hours of light activity, and 1 hour of strenuous activity.

There are also some important rules to remember when it comes to long rests. Firstly, a character cannot have more than one long rest in a 24-hour period.

The character must also have at least one hit point at the start of the rest to gain the benefits at the end. Also, if the long rest is interrupted – either by fighting or combat or casting spells – then the rest must begin again for the characters to regain any benefits. 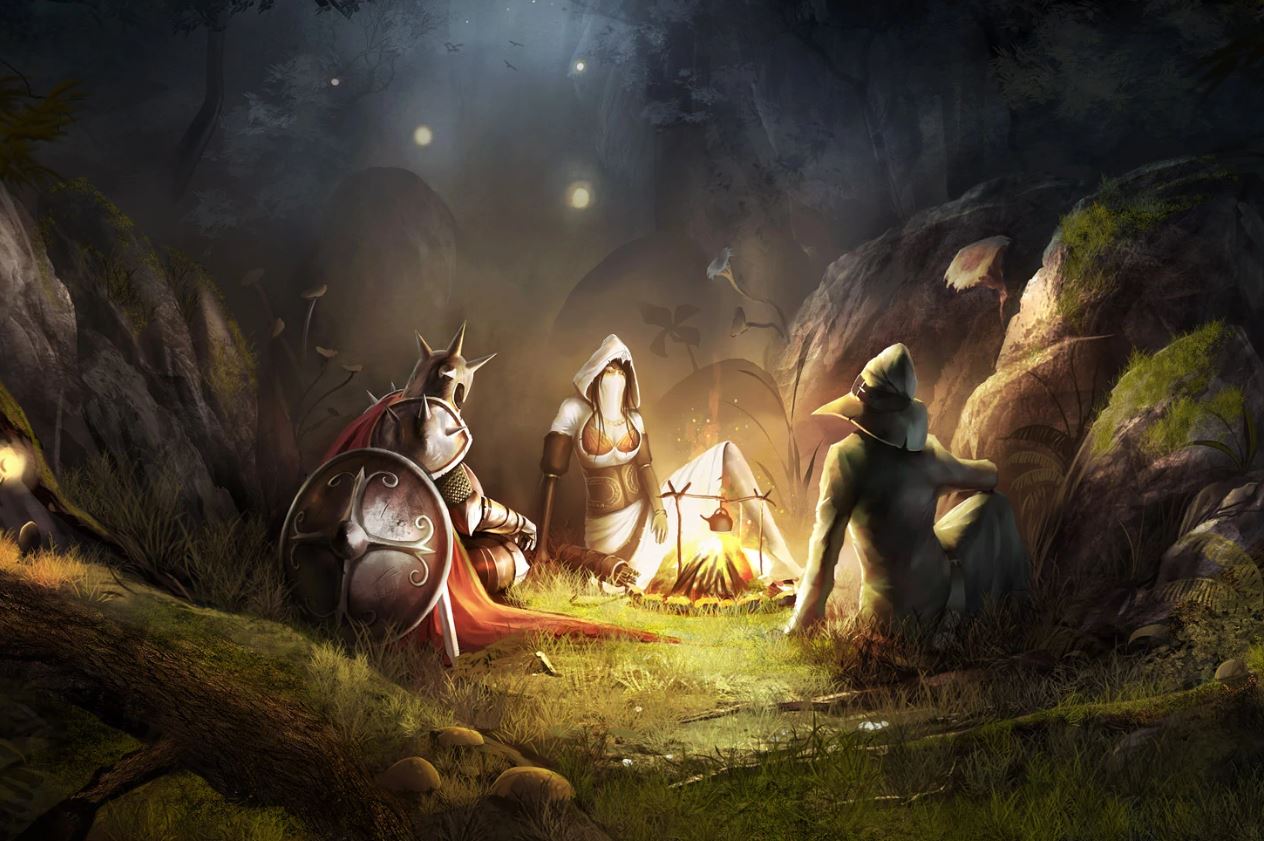 When Should I Rest?

Short rests are used to replenish power and for quick healing, making it ideal in situations where the characters are set in a dangerous place. If the area is too hazardous to take a long rest, then short rests can be used to keep the party in good shape until they find somewhere safer to rest for a longer period of time.

The important thing to remember is that you cannot rest during situations or in areas where you are constantly under attack. You might be able to make a safe space for your party to rest by using weapons and magical protections, but be realistic – you cannot take a short rest while facing an enemy.

How frequently you take a short rest depends on your character’s class. Warlocks may often rest as they can use this to regain their very limited spell slots as they only have four slots even at Level 5. Meanwhile, other more enduring character classes can travel further for longer without needing to recover.

When it comes to resting, one of the main rules that confuses a lot of players is connected to activity. What exactly counts as light activity and what is considered strenuous?

According to the rules, light activity is limited to standing watch (no more than 2 hours), eating, talking, tending wounds or reading. This means that during a short rest, your characters cannot do anything more than these activities.

So – how long is a short rest in Dungeons and Dragons 5th edition?

It’s at least one hour long.

A long rest, on the other hand, is eight hours long with at least six of those hours spent sleeping and the final two can either be spent doing two hours of light activity or a single hour of strenuous activity.

Both are incredibly useful as a short rest allows you to spend your Hit Dice while a Long rest can regain their spent Hit Dice. So, it’s encouraged that if your party is in the right kind of environment, they take a short rest at least once a day to spend their Hit Dice and use a Long Rest to regain them.

Because of this, short rests are handy tools for a Dungeon Master to use, so keep in mind their limitations and benefits before you incorporate them into your campaign.