How Many Magic Items In D&D 5E

How Many Magic Items In D&D 5E

5th Edition is the latest iteration of the truly magical fantasy, tabletop, role-playing game, Dungeons and Dragons, or D&D if you want to save on some syllables. As you may already be aware, with each new rendition of the game, a bunch of things change, from character customizability to the fundamental game mechanics.

One of said game mechanics that you’ll need to brush up on before you take up your role as Dungeon Master in 5E is the frequency and usage of magic items.

How Many Magic Items Should Players Encounter In 5E?

It’s possible that your players may run into literally hundreds of magical items on their adventure, but this is really up to the DM’s discretion. You don’t want to throw out too many magical items and possibly destroy the equilibrium of the game, nor do you want players to feel short-changed and that the game is lacking in dynamics.

There are no set rules on the matter, and it should be noted that the mechanics of the game allow for it to be played without the use of any magic items at all if that’s how folks want to approach it.

However, if you’re still feeling a little unsure about how you’re going to hand out items in general, there are plenty of suggested methods online that you can take a peek at for inspiration. Let’s take a look at an example to get your juices flowing! 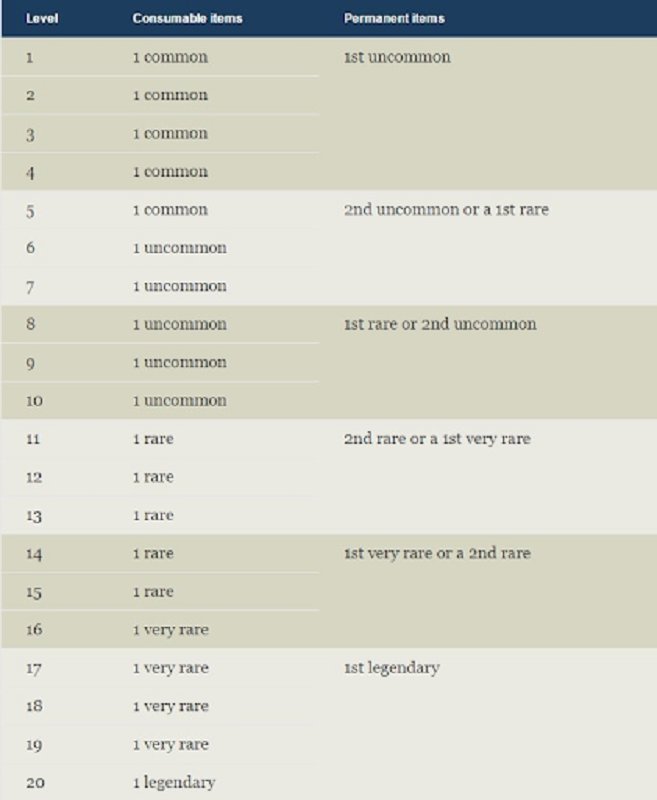 As mentioned earlier, the number of magic items funnelled into the game is for the Dungeon Master to decide. How do you want the game to feel? Keeping the magic items at a minimum will make for a very grounded experience, and when players finally do get their hands on that item they’ve been hoping for, it will be all the more rewarding.

Alternatively, handing out magic items here, there, and everywhere can also be incredibly satisfying to the players as they kit out their characters in the coolest ways possible. As long as each player gets the same treatment, you can keep the game balanced simply by altering the type and number of foes they come up against.

Some DMs don’t make too much of a plan before playing. They’ll react in real-time to the needs of the players, gifting them items that they could use to overcome certain challenges they’re facing.

The Rules For Using Magic Items In D&D 5E

How Many Magical Items Can Each Player Use Simultaneously?

Each of your players’ creatures is only permitted to activate, or “attune”, up to three magic items at any one time. Should any player attempt to break the rules and attune a fourth magic item, nothing will happen, and they will have wasted a turn.

If a creature is already using three magic items and wishes to use a different one, they must first end the attunement of one of the items already in play. Once the space is cleared, the new item can be incorporated into their gameplay strategy.

Can More Than One Creature Attune To The Same Magic Item?

Should one of your players have the novel idea of splitting the power of a magic item around the team with multiple attunements, I’m afraid they’re out of luck. Only one player can be attuned to each magic item at a time.

If another player attunes to said item, it terminates the bond between the item and the original holder. The item and its power then only apply to the latest creature to attune to the item.

Can A Creature Be Attuned To More Than One Of The Same Magic Item?

Doubling up on a magic item’s power is also a bust in 5E. For example, if a player has managed to accrue two Rings of Protection, they can only invoke the power of one. Once the first Ring is out of the picture, the second one can be used.

The only exception to this rule is if the magic item is an intrinsic pair, such as a pair of boots or gauntlets. If only one of these magical duos is donned, the player will not see the benefits of its supernatural power.

The same is true if one magical half of a pair is combined with half of another pair. For example, if you were to wear an elvenkind boot on one foot and a boot of striding and springing on the other, their magic would be nullified rather than combined.

How To End An Attunement

There are many ways for attunement to conclude. One we already discussed is if another player attempts to attune to an item already in use by somebody else. Here are the others…

Spending a Short Rest focusing on the magic item will also free a player of the magical bond.

Where Do Players Source Magic Items From?

Magic items are rewards for defeating hordes of evil monsters and for discovering ancient treasures and vaults. Play the game with gusto, and those involved stand to end up with a considerable collection of magical bits and bobs.

There you have it, fellow D&D nuts — there are numerous magic items in D&D 5E, but each creature may only use three at any one time. Attempts to equip a fourth item won’t grant any magical augmentation.

The rate at which players earn magical items is determined by the Dungeon master and the kind of atmosphere they wish to create for the players.