How To Write A D&D One-Shot

How To Write A D&D One-Shot

A large number of dungeon masters are intimately aware of the problems that come with creating a one-shot adventure for their players.

The features that make roleplaying experiences effective (immersive settings, memorable characters, and compelling player motivations) will not be developed over the course one session, in contrast to a lengthy campaign.

If you want to keep players engaged over a single story and game session, you must be efficient with your time, both during preparation and while at the gaming table.

Effective planning and execution begin with identifying and addressing the critical components of the experience as soon as they are identified.

With the integration of all of these components, it becomes feasible to run a fantastic one-shot campaign without the need for extensive detailed notes or a pre-written adventure module to guide the players.

Each roleplaying game should include an enticing plot hook: an element of the story that entices players and inspires them to continue. The DM may begin many games by gradually adding additional hooks. This allows all participants to have a better grasp of their characters and surroundings while yet keeping a minimal risk threshold.

You do not, however, have time to do this in one sitting. A typical session lasts between two and six hours for the majority of groups. You must immediately grab the players’ interest and guide them through the adventure in the shortest amount of time possible in your one-shot. As a result, the story hook becomes a necessary component of the whole experience.

By working backwards from the adventure’s climax, you may guarantee that your hook is strong enough to carry the party through the session. We’ll use an example to illustrate how to enter a plot in a community that is centered on an autumn crop.

Determine the dispute’s stakes. Bandits hunting for food in anticipation of a long, severe winter want to plunder village silos. Failure to put a stop to them will result in a large number of residents starving to death during the coming winter.

Define the stumbling block that the party will encounter. You want the adventure’s finale to be a physical conflict. To put an end to the highwaymen, the heroes will face them off.

Determine the different parties’ motives. Ascertain that the farmers are fed up with the bandits’ constant threats. They are determined that heroes must go above and beyond their protection; they want the danger to be pushed away or annihilated.

If you want to emphasize the finale of a fight confrontation, keep in mind that the bandits are not very rational. Two powerful individuals are vying for the group’s loyalty, which is eroding their influence on the farmers.

Create an adversary. Without single guidance, you must select how much-limited playtime the player characters should get. To properly deal with this, make the principal antagonist a monster rather than a villain.

Bring the story hook to a close. Create the following situation to quickly ensnare the party in her story hook.

If the players successfully persuade the farmers that they have no evil purpose, the bandit danger will be transmitted, and the farmers will seek to rally the party. 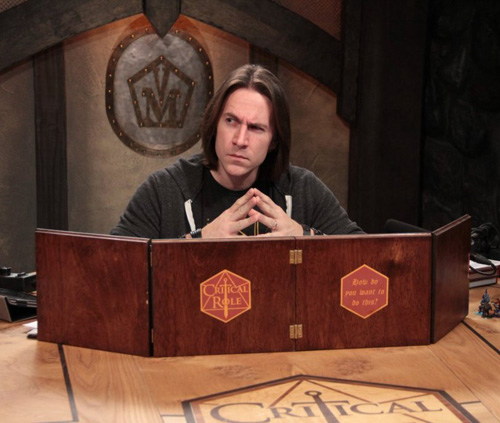 After developing the premise and hook for the adventure, it’s time to fill out the location. You should either create a structured universe from scratch or base your quest on an existing one.

Create a succinct list of objects that you can use to rapidly orient players to their surroundings and location within them as the adventure begins.

Concentrating on a single aspect of the environment aids in narrowing the scope of the adventure and providing reasons for the characters to interact.

The play area may be temperate, with several hills and valleys covered in beautiful deciduous forests, or large deserts with difficult terrain to explore.

The primary hamlet of the adventure will be placed in one of the valleys, which are vital for agriculture but difficult to maintain. Towns and villages are often placed within a day of one another, and no major metropolis is located within several days of an agricultural town.

If your player group is new to the campaign world, it’s a good idea to establish expectations for the realm’s tone and the kind of encounters they may expect.

While adventuring groups are prevalent in the majority of fantasy settings, you may like to make “adventurer” a publicly marketed job option in your world. This significantly simplifies the narrative element, since it allows you to direct players’ attention to key story points.

You want to keep the pool of possible new connections limited and distinct to instill a sense of urgency among players.

To begin the game, each participant must identify as their character before beginning the game. This may be accomplished by providing the character’s name, race, occupation, and a summary of their character’s background.

Furthermore, it is critical to establish if and how the player characters are acquainted with one another, as well as whether or not they have a common background.

It is possible to learn more about the bar owner, numerous farmers, and two bandits who are battling for the leadership of their gang in this one-shot adventure. A core group of NPCs is established, around whom you might organize activities in the future.

Given your need for conciseness, it is all too simple to railroad your players through the game. To avoid this, make sure that the parties have at least two reasonable choices to choose from.

Rather than just displaying to the participants that they have alternatives for resolving the issue, this enables you to study and accept the many different ideas that they bring to the table.

Decide what you perceive to be the two most obvious lines of action for your players to avoid confining them to a single course of action. To protect the silos from bandits, the heroes may choose to either station themselves at the silos or follow the bandits back to their stronghold, where they may engage in combat at their leisure.

Additionally, bear in mind that your players may have an idea that you have neglected, so make sure that their opponents are subject to being exploited in a number of ways by your players. So the story isn’t so rigid that the players are unable to achieve anything on their initiative.